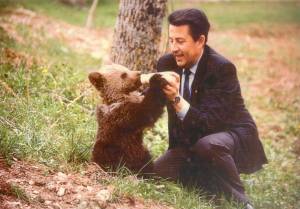 Franco Tassi, known all over the world for having been Director of the Abruzzo National Park for 33 years, is a professor of ecology, scholar, researcher, naturalist-manager and journalist-writer.

A book by Franco Tassi (edited by Francesco Mossolin) that tells the true history of the Abruzzo National Park in its Golden Years.

go to the book page 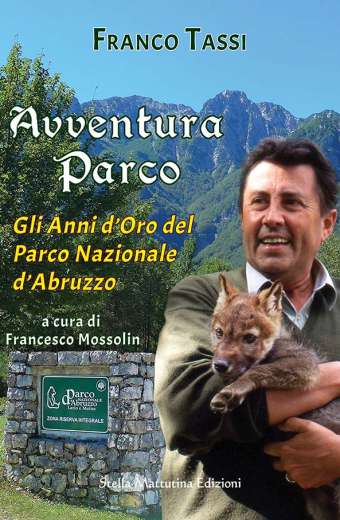 Franco Tassi is an environmentalist known in Italy and abroad for his historic battles in defense of Nature. He is currently in charge of the International Parks Center – coordinating body of many active groups following the Comitato Parchi Nazionali , winner of the epic “10% challenge” to protect at least a tenth of the “Bel Paese” – and of the Apennine Ecological Studies Center, which was the first to promote modern research on “great fauna”, and launched the Biodiversity Project. Franco Tassi is best known for having been Director Superintendent of the Abruzzo National Park. As a research scholar and journalist-writer he is one of the most active protagonists, having acquired a vast culture in the Social Sciences – especially Law, Economics, Sociology and Administrative Organization – and a solid competence in Scientific Subjects – Biology, Ecology, Zoology and Botany -, a very rare combination in one person.

Actions in defense of the environment 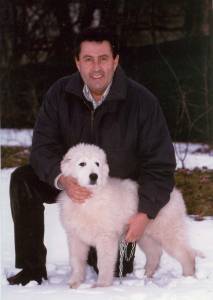 Franco Tassi worked for 33 years on the “Nature Front” as Director Superintendent of the oldest, most important and famous protected area in Italy: the Abruzzo National Park. In this park, besieged by all kinds of threats, it has expanded the protection of the territory, taking it from 30 thousand to 50 thousand hectares, with a contiguous Protection Band of 120 thousand hectares. He applied Zoning for the first time.

He stopped building speculation and rigorously regulated forest cuts, launching Operation Big Tree, and saving over 10 million large trees from felling. It has promoted an advanced ecotourism, in full respect of local customs and traditions. It has also created numerous Visitor Centers and Wildlife Areas, promoting youth employment and volunteering from all backgrounds; has organized events of international importance. 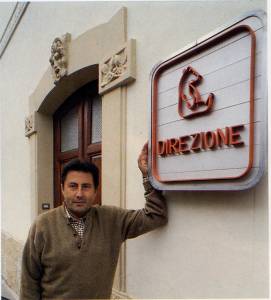 In his capacity as a truly modern and consolidated “manager-naturalist”, he has developed a remarkable and in many respects exceptional experience during his long and demanding activity as a Public Official from 1957 to today (in the Management Career since 1962), working both in Italy and abroad on behalf of many Public Bodies and Ministries (Internal, Treasury, Budget and Economic Planning) and from 1969 onwards as Superintendent Director of the Abruzzo National Park (General Director since 1975 and General Manager since 1994).

In this role he managed to achieve something that was considered “impossible”: to save one of the most difficult parks “, at the time even considered” lost “, with all its precious wildlife of large mammals (including the brown bear marsicano, the Apennine wolf and the lynx; but also the chamois of Abruzzo, the deer and the roe deer) blocking the exploitation of centuries-old forests, and at the same time guaranteeing a bright future for local communities through a sustainable, durable and compatible eco-development, founded partly on Ecotourism and partly on the revival of traditional local activities.

No. in the field of wildlife protection h he saved the Marsican bear, the Apennine wolf and the Abruzzo chamois from extinction, successfully reintroducing it also in the Majella and Gran Sasso National Parks. It has reconstituted the presence of the deer and roe deer, favoring their diffusion in the Apennines. He discovered the existence of the mysterious Apennine Lynx. He has encouraged in every way, in Italy and abroad, the true Conservation of Nature. With a clear direction towards this “mission”, and through innovative strategies, it has transformed the Abruzzo National Park into a precious “pilot example”: the true reference model that has made possible the growth of the Parks in every part of Italy , realizing, according to international observers, “the impossible mission: to ensure the best conservation of the ecosystem and more generally of Nature, also promoting, at the same time, the well-being of local communities”. 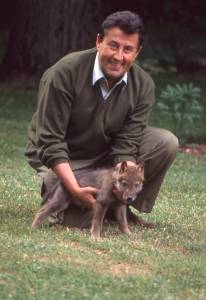 He is the author of about 200 scientific publications and 20 books – some translated into other languages – and has promoted research campaigns and scientific expeditions. He was also a lecturer at the Universities of Camerino and Naples, and has conceived and implemented some of the most significant Nature Conservation initiatives in Italy. He also strongly supported the resumption of Scientific Associations (such as the Roman Association of Entomology), the drafting of the National Program in the environmental sector (through the precursor Progetto 80) and the considerable growth of the most important and authoritative environmental organization (WWF Italy).

Free journalist since 1968, he has collaborated with some of the most important national newspapers and periodicals – La Repubblica, Il Messaggero, Il Giornale d’Italia, Epoca, Airone, Panda and many others – and has directed temporary series of cultural and scientific services.

He was a consultant to the Ministers of Ecology and the Environment in the delicate start-up phase of that Department. During his thirty-three-year experience at the Abruzzo National Park he has been awarded numerous prizes and awards also at an international level. 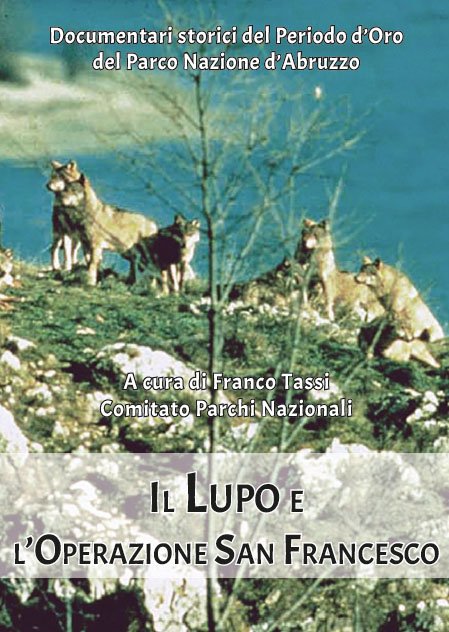 The Wolf and the Operation San Francesco 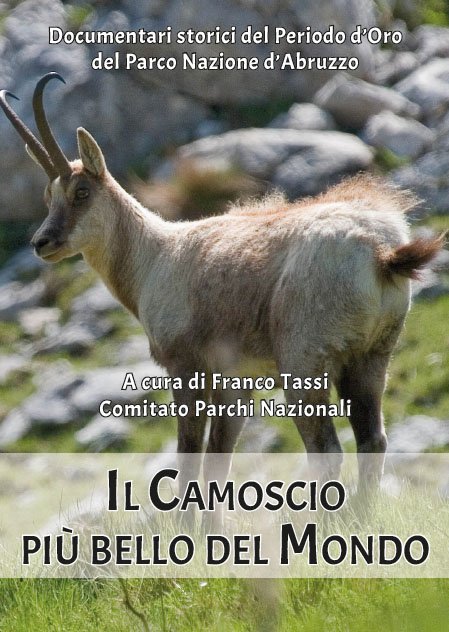 The most beautiful chamois in the world

The books of Franco Tassi

The Mother Earth Series is dedicated to Nature, Animals, Plants and Ecology, and has as its purpose the deepening of the knowledge of our Mother Earth, to develop in the reader a critical conscience that guides him in understanding the importance of safeguarding. of the natural heritage, the “common home” in which we all live, and to guarantee that respect that allows both – Man and Nature – to live in balance and harmony. Although these are synthetic and informative texts, aimed at the general public, these works try to expose circumstances and facts in the most objective way possible, based on solid scientific foundations.

The Mother Earth Series is dedicated to Nature, Animals, Plants and Ecology, and has as its purpose the deepening of the knowledge of our Mother Earth, to develop in the reader a critical conscience that guides him in understanding the importance of safeguarding. of the natural heritage, the “common home” in which we all live, and to guarantee that respect that allows both – Man and Nature – to live in balance and harmony. Although these are synthetic and informative texts, aimed at the general public, these works try to expose circumstances and facts in the most objective way possible, based on solid scientific foundations. 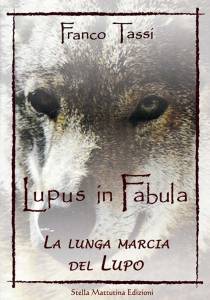 This booklet, small but rich in content, tells the story of how the wolf was saved in Italy, through the most important Italian socio-ecological campaign of the 20th century. Narrated by its main promoter, Franco Tassi, creator of Operation San Francesco, who literally transformed, in the collective imagination, the figure of the wolf, from a fearsome enemy of man to an extraordinary symbol of wild nature. Lupus in Fabula is an easy-to-use booklet full of historical images and with a collection of sayings and quotes about the Wolf.

Go to the book page - Lupus in Fabula 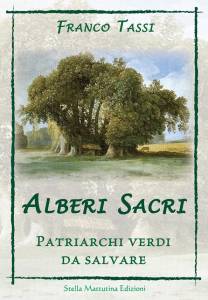 All trees are Sacred Trees, and the older, secular, majestic, imposing they are, the more we have the duty to protect and protect them. The great green Patriarchs are the guardians of our history and our culture, they contain the secrets of Nature. With Operation Grande Albero, hundreds of these tree giants throughout the Bel Paese were saved from felling starting in the 1970s. Franco Tassi, creator of this eco-sociological campaign, tells the secrets of this success. In Sacred Trees you will discover the history and images of the Great Trees of Italy. “Perhaps one day man will finally understand his littleness in the face of the wonders of creation, and will rediscover that” sacred “respect for Nature and Mother Earth … And looking at a tree he will no longer see only a mass of wood, but will feel that inside that living being there is much, really much more … “

Go to the page of the Book - Sacred Trees 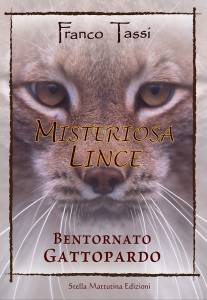 Fascinating like few animals in the world, the Mysterious Lynx has been at the center of the most striking and complex case of Italian cryptozoology for decades. Documents and data collected by the author demonstrate with certainty its historical presence, since the beginning of the 19th century. During the twentieth century, escaping the research of the most famous Italian academics, it vanishes, according to official science, from the fauna of Southern Italy. An unprecedented omission, which highlights the limitations and narrowness of academic research. Stories, testimonies, reports, indices of presence and mysterious photos, will reveal instead that he, the mythical Leopard, is more than ever present throughout the Apennine Arc. The author guides us in what, more than a scientific research, recalls a detective story with an intriguing and compelling plot.

The meeting with an Arboreal Patriarch touches the soul of those who know how to observe him with the eyes of the heart: a large and old Tree is in fact the repository of knowledge, of culture, a small ecosystem rich in history and life. Margherita Tassi narrates, with great simplicity and naturalness, her encounters with the Arboreal Patriarchs from all over the world. Short texts in which botanical information, curiosity and emotions intertwine, words that have the sweet taste of ancient tales. On the other hand, Franco Tassi’s story “The Roots of the Patriarchs”, which in the 1970s became an ecological manifesto in defense of Forests and Trees. A touching story in which, for once, the human heart prevails over the mere economic interest.

Where the impossible becomes reality

The new Ecologia di Frontiera series intends to open a window on the realities and events of the natural world that are often ignored or neglected, but no less interesting and significant for this. Hidden lives, repressed memories, intuitions, actions and conquests on the Front of Nature, which represent the immense world to be discovered, always capable of intriguing us, amazed us, excited and inspired. 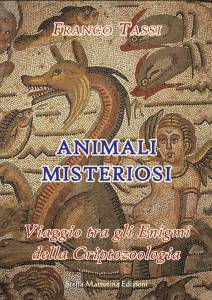 An exciting journey between reality and mystery, in search of legendary animals, such as the Loch Ness Monster, the Yeti, the Mokele-Mbembe, the Giant Octopus, the Bigfoot … but also to discover animals considered “impossible” like the Okapi , the Giant Squid, the Regaleco, the Megamouth, the Lynx …
The greatest zoological enigmas revealed by Cryptozoology – the Science that studies hidden Animals – like many other cases of Mysterious Animals, are told by Franco Tassi with passion, in a thorough, simple way, with numerous documents and color images.

An investigative approach, which escapes the dogmas and prejudices of official science, makes it possible to make this journey to the borders of what is known, to the borders of Nature and Ecology, where mystery and fantasy often become reality.

Go to the page of the Book - Mysterious Animals 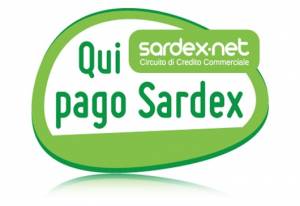